Modern Glam for a Vintage Bath 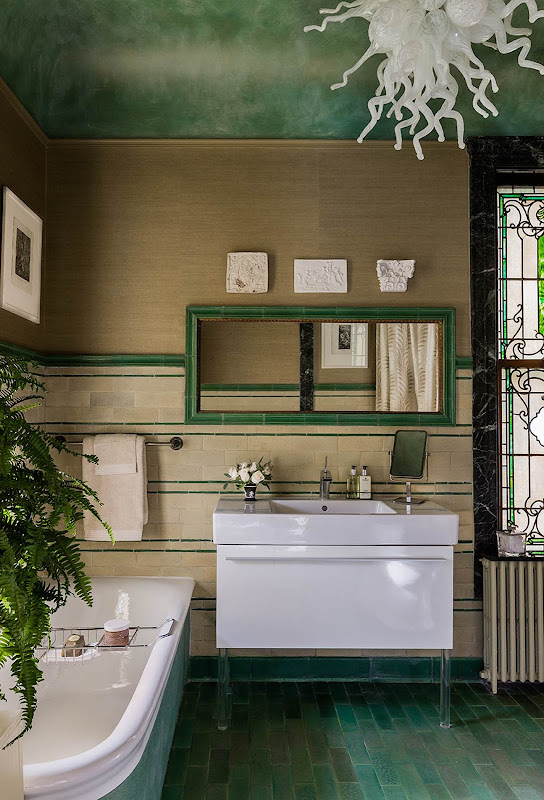 
“When Janet Marena asked me to be a part of the design of her bathroom at the Junior League of Boston Show House, I was thrilled about the opportunity. It was a chance to take a bathroom space that had at one time been cutting edge and bring it back to life. The challenge was to keep many of the existing structural pieces in place along with the feel of the home. I feel like our choices and Janet’s design talents have returned the bathroom to all its glory.” 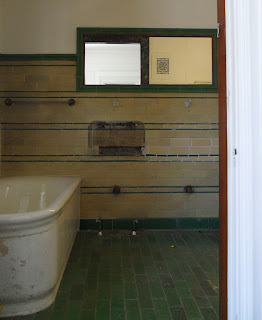 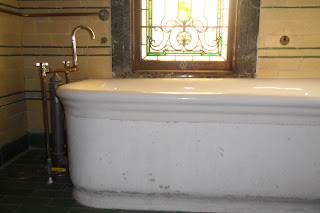 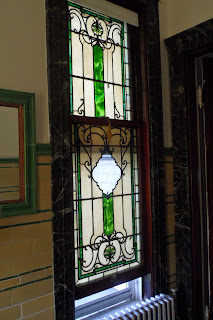 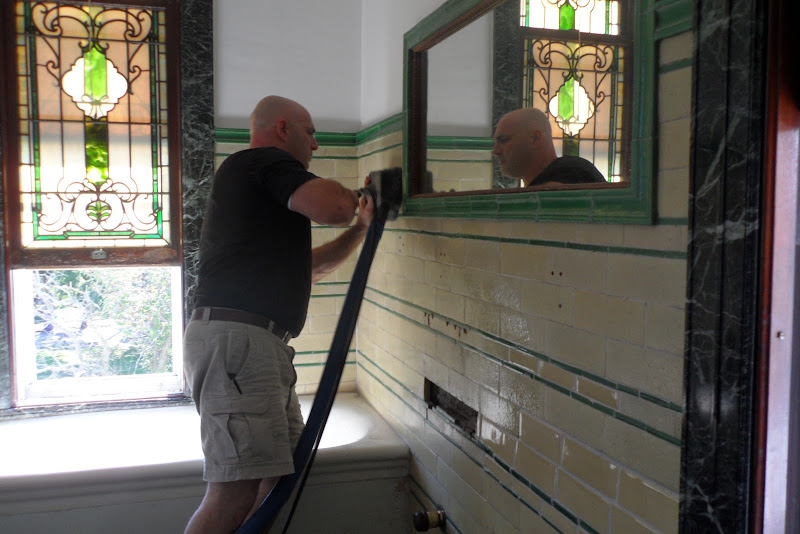 What was once a worn, dusty and dated room has since been transformed into a sparkling gem of a guest bath for the Junior League of Boston Show House at the Potter Estate in Newton, MA. In a recent guest post, designer Janet Marena of JTM Interiors shared her vision with us. She was inspired by the beauty of both the original stained glass window and the antique tile, prompting her to plan her space to allow the past and present to co-exist in visual harmony. 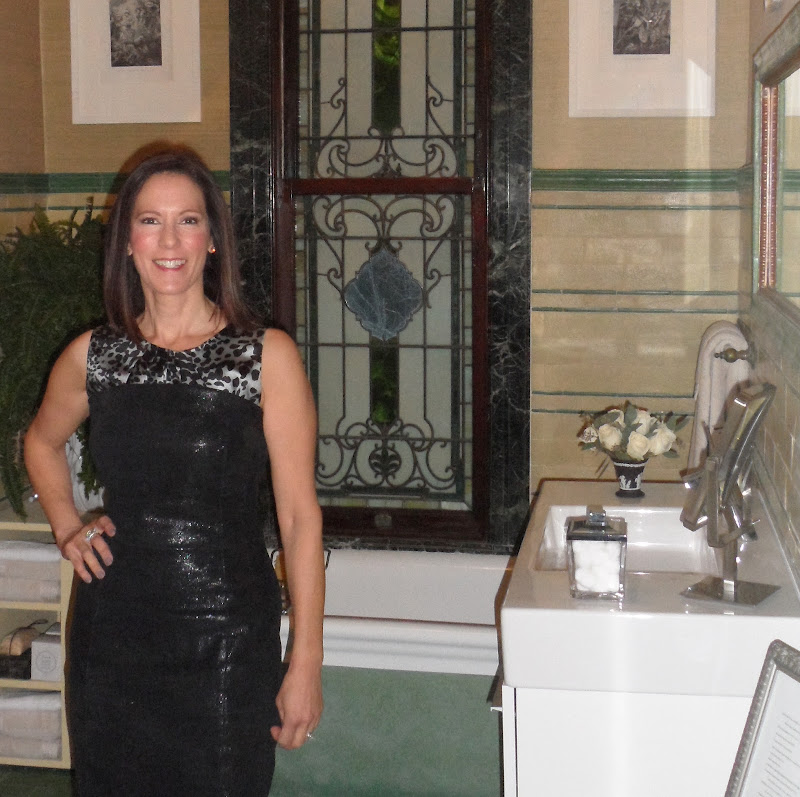 “Overall the Show House has been exhilarating. When I stand in the Guest Bath I feel serene and happy to have met my goal of honoring the history of the room while adding modern and fresh elements.” 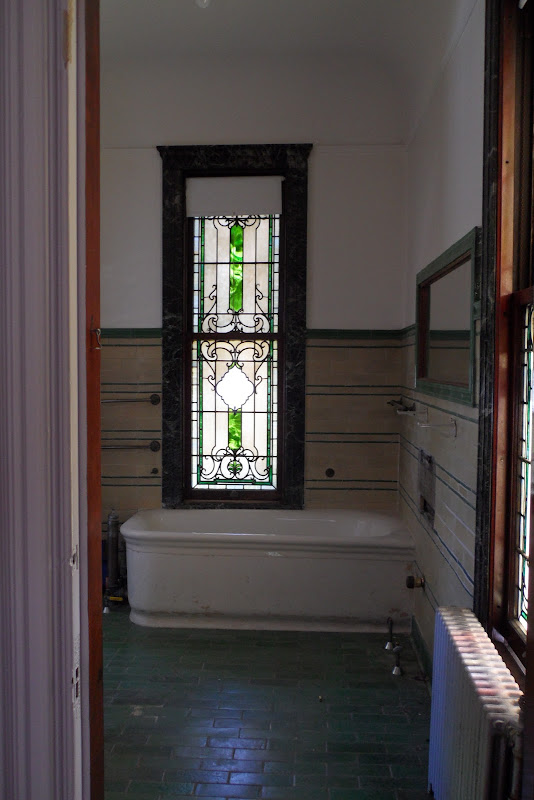 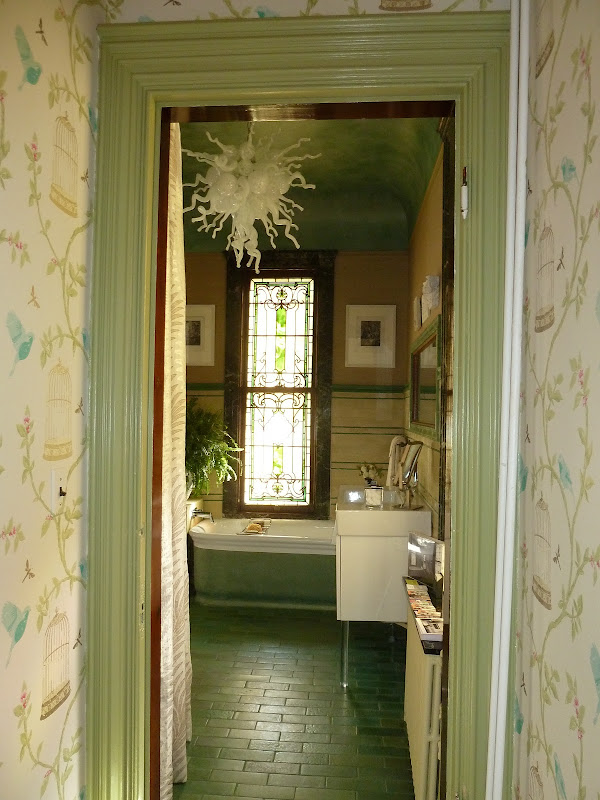 AFTER: An eye-catching Chihuly inspired light fixture dazzles over the newly refinished soaking tub that appears to melt into the same colored floor tile. Neutral colored grasscloth walls are a warm complement to the curved ceiling that swirls with the same emerald greens as the floor. By adding clear acrylic legs to the wall-mount Duravit vanity, Janet has taken this functionally modern piece to a bespoke level. 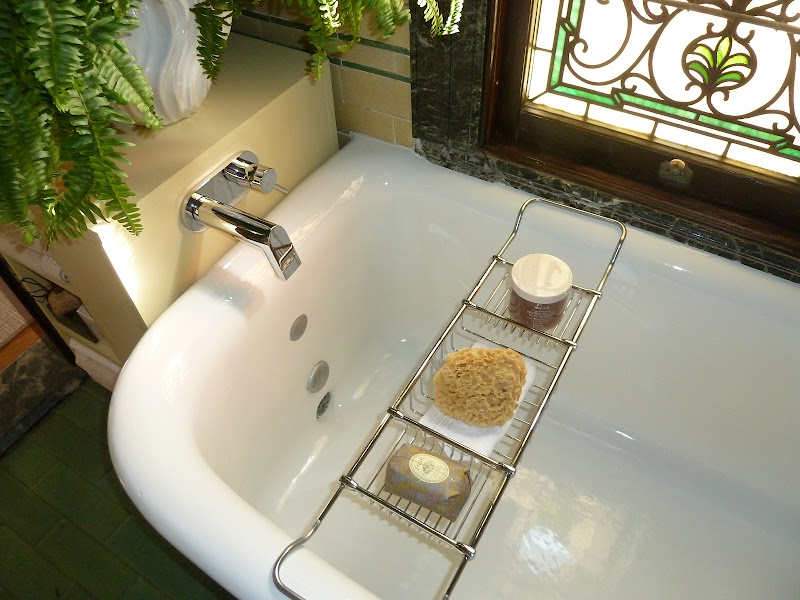 A sleek Hansa tub filler in polished chrome is wall mounted onto a custom built towel and storage cubby that also acts as a base for a large potted fern. The original tub was reglazed by Porcelain Patch and Glaze. Vintage inspired bath caddy from Designer Bath. 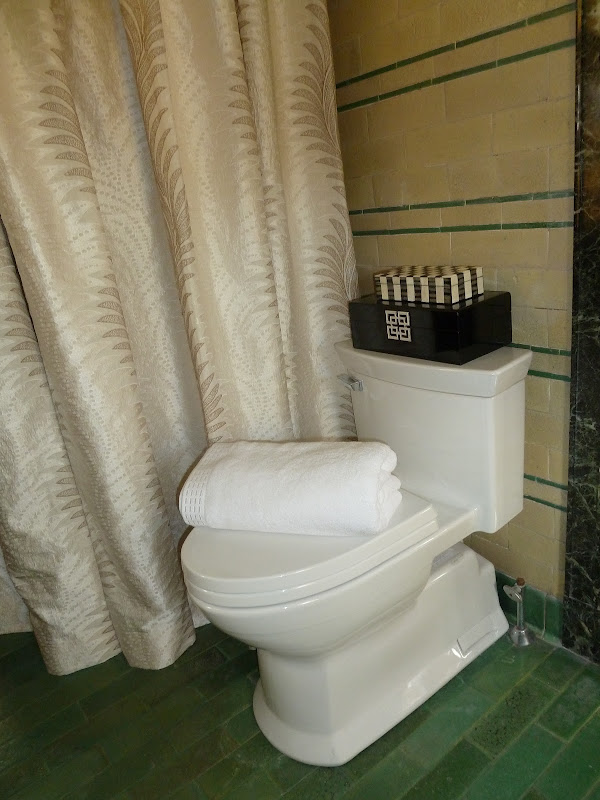 
An elegant oyster-colored embroidered linen panel dresses the shower area that is tucked beside a one-piece skirted Toto Soiree toilet that has earned the WaterSense mark of approval – an appropriate choice for this “green” bath. 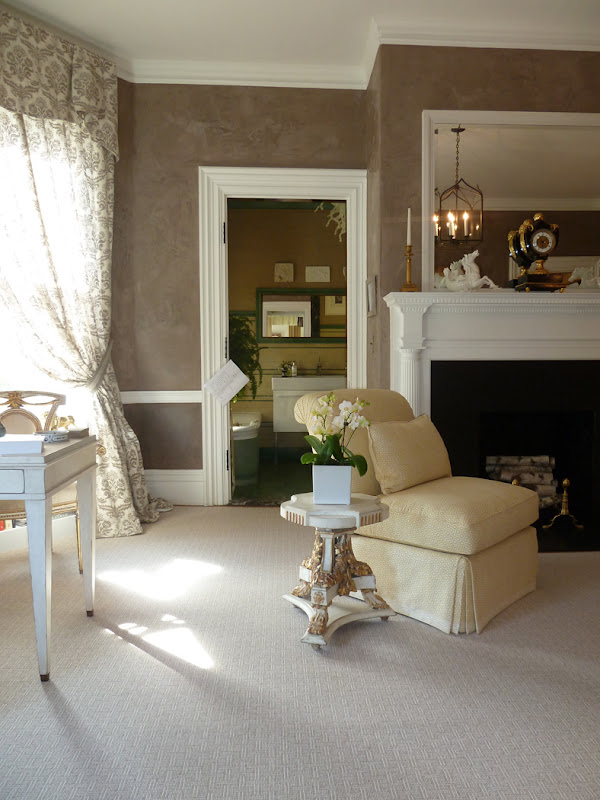 There is still time to view the 35 beautifully decorated spaces in the historic Potter Estate. The show runs through November 18th and tickets are available at the door. All proceeds from the show will support the mission of the Junior League of Boston. 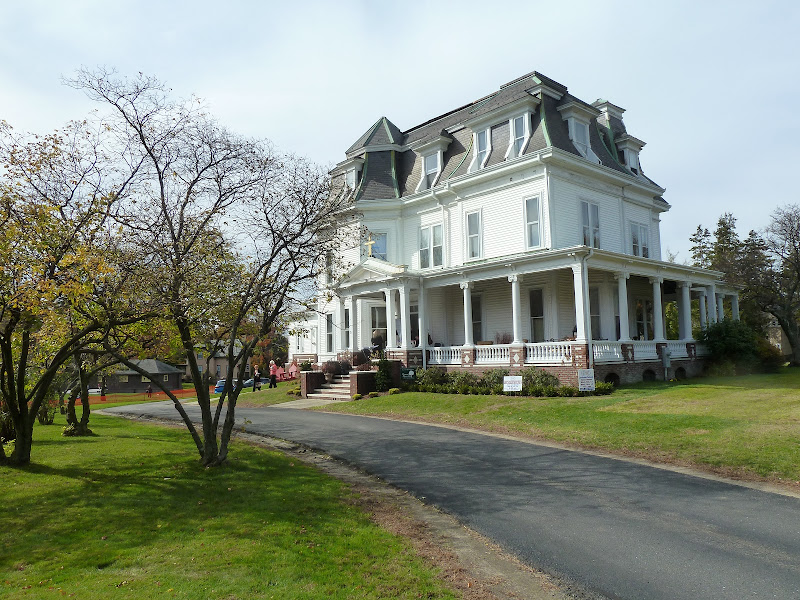 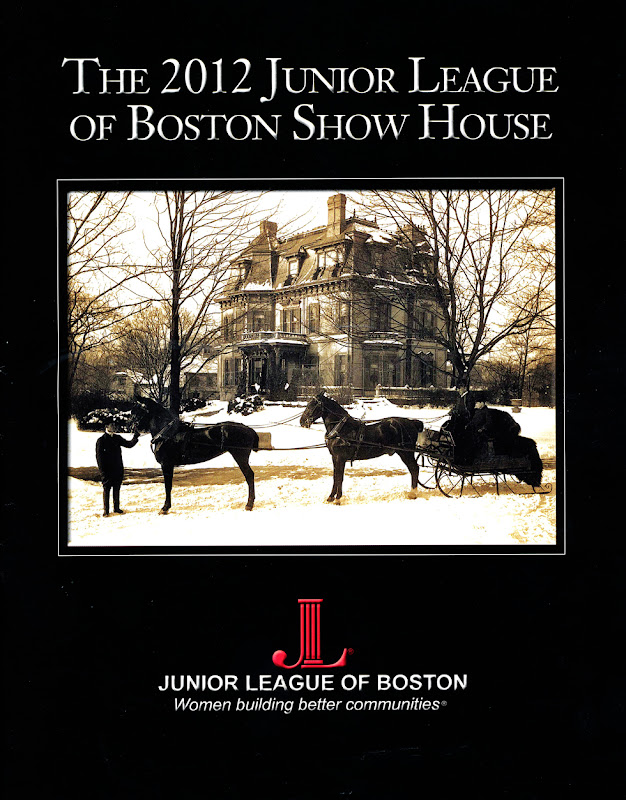 Posted by Designer Bath at 7:15 AM 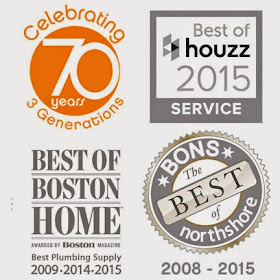 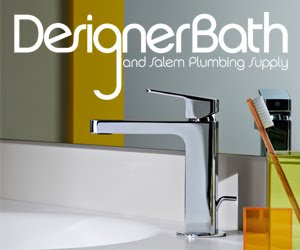 Our Designer Bath showroom features all of the major brands of bath fixtures, faucets, kitchen sinks, and so much more! Visit us at 97 River Street in Beverly, Massachusetts and at designerbath.com

Blog authored by our staff 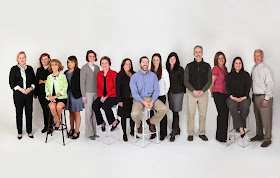 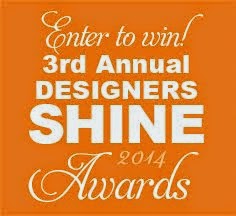 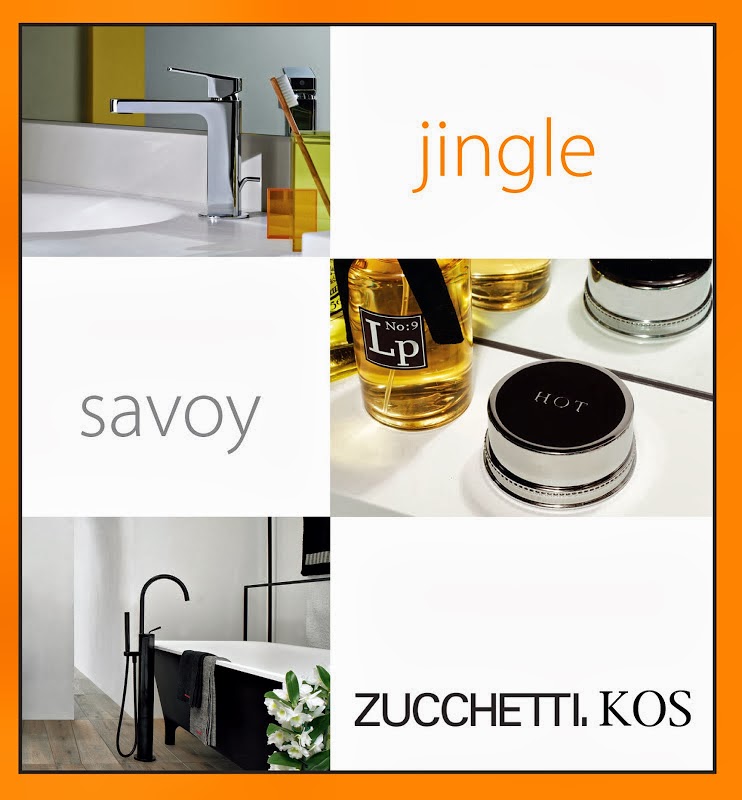 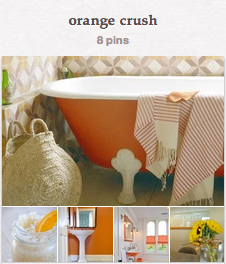 Serving the trades for over 65 years 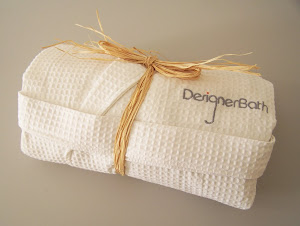 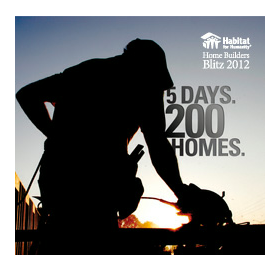 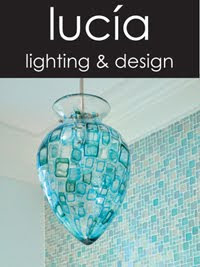 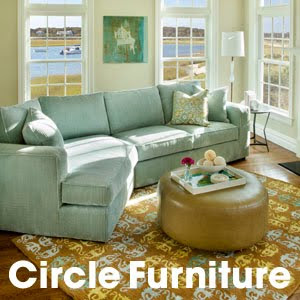 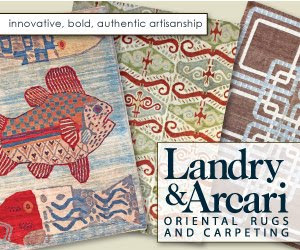